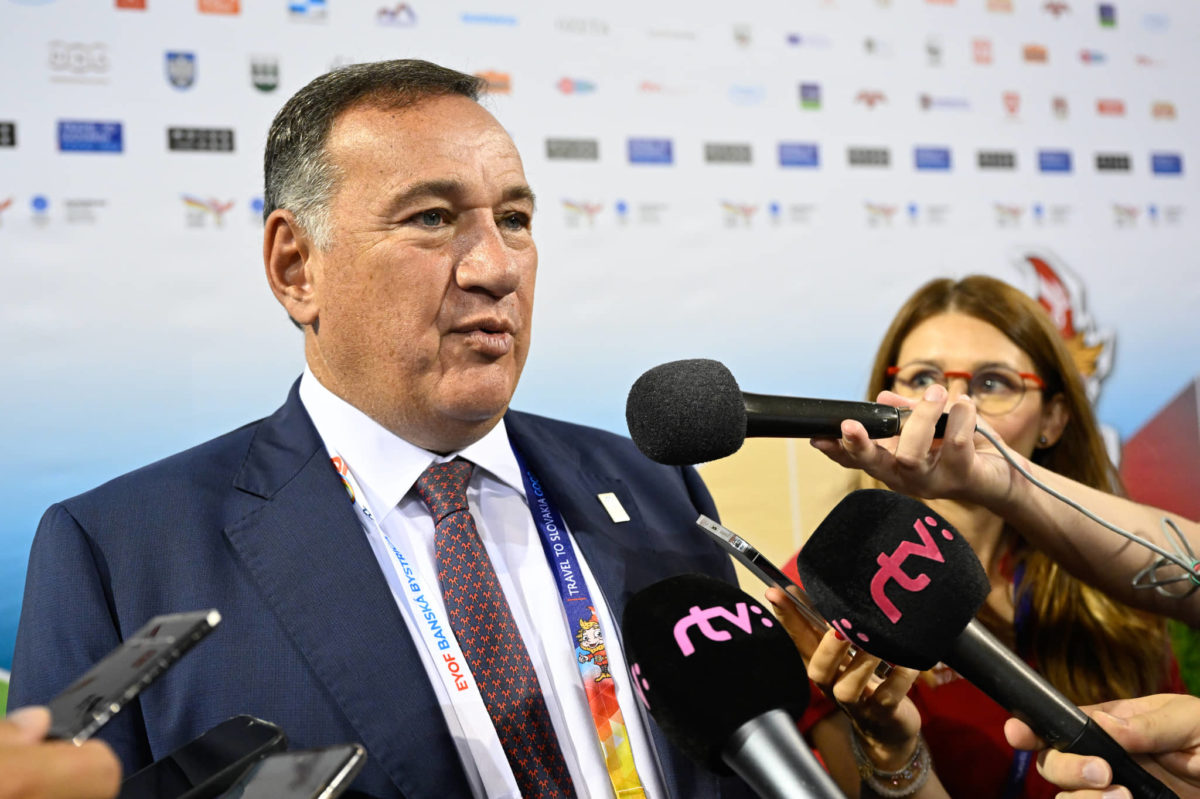 The 16th summer EYOF in Banská Bystrica will end on Saturday. During the week full of competitions, the athletes performed several unforgettable performances. Even the president of the European Olympic Committees, Spyros Capralos, did not miss many of them.

“It was a fantastic week in Banská Bystrica because we managed to bring together European youth in well-organized competitions in a small city with a big heart,” said Capralos, who represented Greece in water polo at the Moscow 1980 and Los Angeles 1984 Games.

What was your best experience this week?
It was a fantastic week for me, as it was my first summer EYOF as EOC President, so I went around, I followed every sport and the efforts of the athletes. There have been some fantastic performances. I am thrilled about what I have seen. It also provided me with the opportunity to compete in a golf tournament (laugh).

How do you like the concept of the sports park that the organizers in Banská Bystrica came up with?
It is beautiful because you have a cluster of different sports and you can easily go from one to the other. On the other hand, in that park we also had a fantastic program called Young Ambassadors. These ambassadors were brought from different countries. We had an ambassador from Israel, an Olympic champion from Tokyo. This has inspired many athletes to come and educate themselves about the Olympic values, and it is also equally important for young athletes.

What was the atmosphere like in Banská Bystrica?
The atmosphere was great in the stadiums and in the streets of the city. I enjoyed it a lot. I went out myself as well. The weather was very good, although it spoiled our plans for the closing ceremony a little, but as long as the competition conditions were great, we are very satisfied.