Logo for the EYOF Banská Bystrica 2022 symbolizes victory. The young Banská Bystrica graphic designer Marián Dieneš, the author of the logo, captured the symbol of victory through several motifs, eg. athlete crossing the finish line or the Olympic flame. The symbolism of the logo was underlined by the arrival of the Olympic colors in Banská Bystrica, which was transformed into the city's coat of arms in the shape of medals. 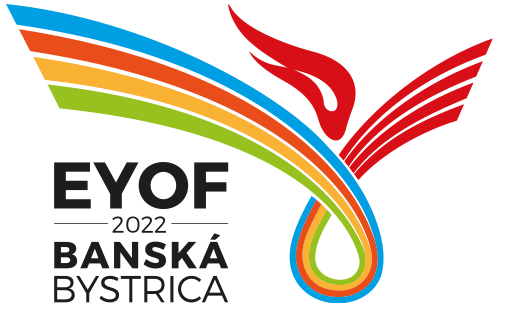 The town of Banská Bystrica as well as the surrounding region is associated with tales of little gnomes. According to legends, goblins were ancient guardians and protectors of minerals and treasures in the vicinity of mining tunnels. They guarded and dug ore with precious minerals, helped miners in their work and warned them of danger. 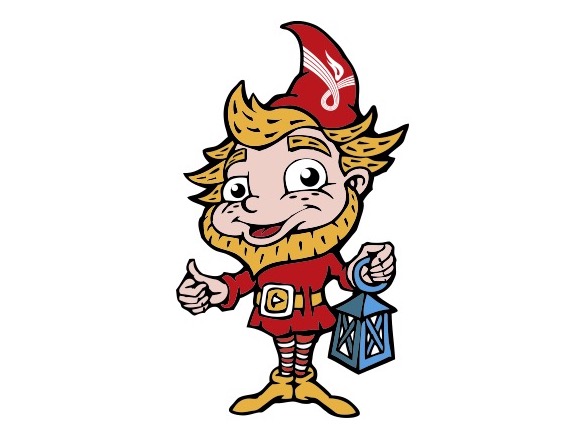 The development of medieval Banská Bystrica was directly related to the mining and processing of silver-copper ore in the vicinity of the town. Mining played an important role in the region. The mining profession was one of the riskiest occupations at that time, so miners sought help from their patron to protect their lives. These were various goblins. In the past, people interpreted some natural phenomena as the influence of supernatural powers and beings.

The mining gnomes gave people faith in the rock spirits. These characters from fairy tales and legends, belonging to the life of miners, became part of folklore and one of the symbols of mining in central Slovakia.

The word permonik (in Slovak) is derived from the German Bergmännchen (little miner - note). It is a demonic creature of anthropomorphic form, guardian and protector of minerals and treasures. In folk imaginations it often merges with a dwarf.

According to legends, gnomes lived in larger communities in underground passages and mining tunnels. They guarded and mined ore and precious minerals. They dressed in colourful, mainly red, clothes and, as miners, wore leather aprons and mining tools. The idea of their dress is derived from the medieval dress of miners and perpetuated by artistic expression and oral prose tradition. They assisted the miners in their work and warned them of danger, for which the miners made various sacrifices and scrupulously observed the mining customs established by tradition. In return, the little gnomes themselves often showed them where to dig in order to strike a vein. However, they mercilessly punished those who whistled underground, behaved noisily and disrespected their orders and prohibitions.

They usually made their presence known in the tunnels only by knocking; if they showed themselves to the miners, it meant danger, such as the shaft being caved in.

The image of the mascot was decided by an expert jury composed of specialists in fine arts and Olympism. The winning design by Milan Prekop from Bratislava came from 1102 admissions.