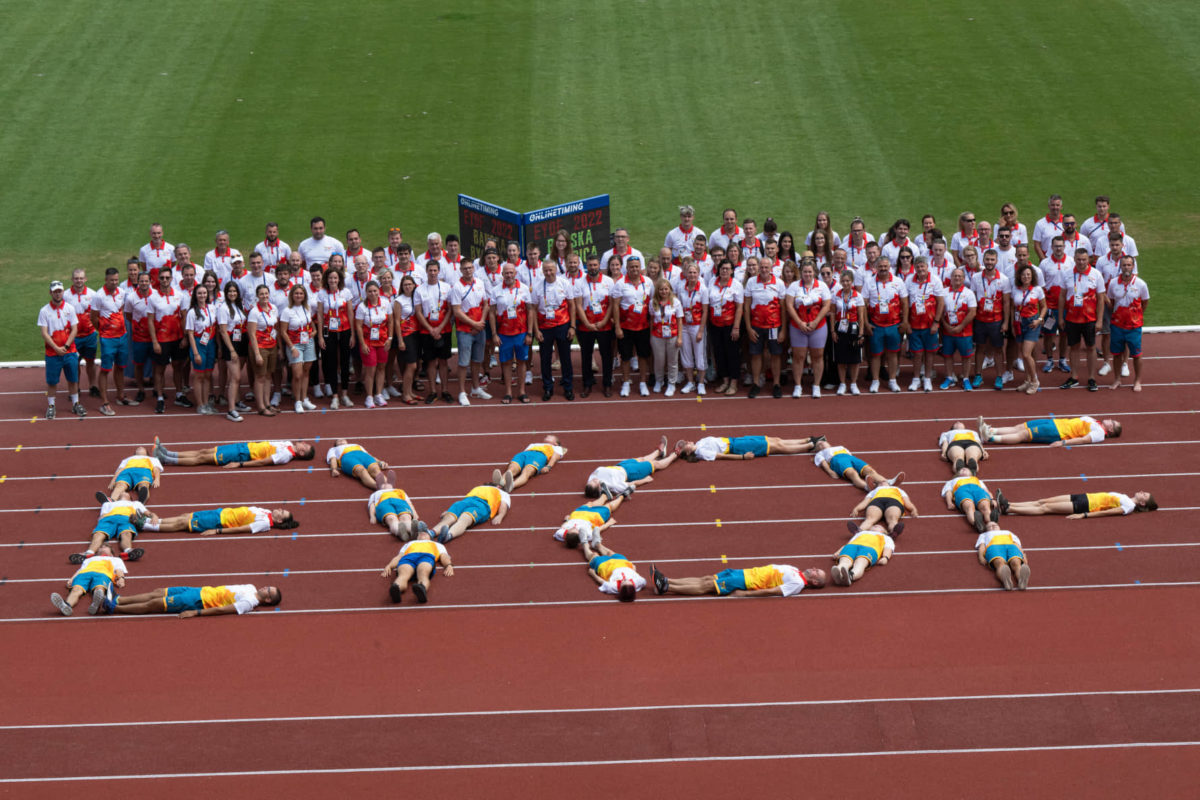 Sixteenth summer European Youth Olympic Festival EYOF 2022  in Banská Bystrica and its surroundings is  coming to an end. Seven days of unforgettable moments and sports joy performed by young athletes in ten sports, but also commitment of the organisers, dedication and willingness of volunteers, and sporting experiences for a large number of spectators or a varied accompanying and cultural program for all visitors. All this was underlined by the successful organisation of the largest multi-sport event in Slovakia in its history.

The final point for EYOF Banská Bystrica 2022 will be the evening closing ceremony, which, due to the unfavorable weather forecast, will be moved to the hall intended for judo competitions in the Sport Park EYOF in Banská Bystrica. „Unfortunately, the unfavorable weather forecast forced us to move the ceremony from the fan zone to indoor spaces. Due to capacity reasons, it will consist only of the protocol part, i.e. the handing over of the organising relay to the next EYOF host, the Slovenian Maribor,“ explained the EYOF Banská Bystrica 2022 Executive Director Peter Hamaj.

Thirteen sport venues offered competitions in ten sports. The interest of the spectators surprised the organisers. “We were blown away by the high attendance at the sports grounds and fan zones with almost 150.000 people. EYOF stirred up sports life not only in Banská Bystrica, but in the entire region. Special thanks go to the volunteers, without whom it would not be possible to organise such a big event“, added Peter Hamaj.

Thanks to EYOF, we were able to shine

The end of July 2022 will forever be written in the history of Banská Bystrica. The heart of Slovakia became the scene of the largest continental multi-sport youth event. “We proved that compared to the world’s metropolises, even a small town can achieve great things. I am proud of Banská Bystrica!“ said the president of the Organising Committee and the mayor of the host city, Ján Nosko. “I sincerely want to thank everyone who contributed to the success of this extraordinary event. My thanks go to the Organising Committee, which has been preparing for three difficult years and did not give up and saw it through to a successful end. Thanks also to over a thousand of volunteers, thanks to whom everything worked as it should. I thank more than three thousand athletes and teams from 48 countries for their great performances in the spirit of Olympism and fair play. Once again, I heartily congratulate  everyone, even those who were not on the podium. You are our sporting future and incredible motivation for all age groups. Last but not least, I want to thank the people of Banská Bystrica, but also visitors from the surrounding towns or municipalities that opened their hearts and arms to EYOF. The city of sports and Olympic champions, as well as the entire region, thanks you for making this unrepeatable sports dream come true. I believe that not only the foreign guests, but also us – locals take away strong experiences and unforgettable memories for a lifetime from the event. Thank you for the special moments and for letting us shine!“

President of the European Olympic Committees (EOC) Spyros Capralos highlighted that Banská Bystrica has moved EYOF to a higher level. “This has been a remarkable showcase of the future sporting potential of Europe, which I think have truly shined on the continental stage. We have seen records broken on and off the field of play, and history made through milestones like Malta’s first-ever EYOF medal! The EYOF has always been successful in uniting Europe through sport, and promoting the Olympic values amongst young athletes and fans in attendance. However, at this year’s EYOF we have gone a step further and engaged over 100,000 unique viewers through the EOC Channel. The outstanding sporting displays throughout the week were broadcast through the EOC Channel, with more than 60,000 hours of live streaming consumed over the course of the week. This makes this EYOF the most watched ever, with over half a million views. We are very proud of this achievement and we thank our friends here in Slovakia for making this event one that will leave a long-lasting impact on European sport.” the head of EOC did not spare words of praise.

The readiness of sports venues in Banská Bystrica, Zvolen, Detva, Badín and Slovenská Ľupča also contributed to the smooth progress. “ We are surprised by the high level of the athletes´ performance. At the same time, we were impressed by the competitiveness and mutual team support with which they entered the fights. Many improved their personal bests,“ added the EYOF Sports Director Marek Majerčák.

2.300 athletes from 48 countries took part in the EYOF 2022. The largest team was the domestic Slovak one with 149 athletes. It was followed by the German team with 133 athletes. The smallest team was from Monaco, with 3 athletes.

Exactly 1.032 volunteers helped at EYOF 2022, of which 425 were men and 607 were women, their average age was 28 years. The youngest volunteer was 16 and the oldest 77. There were 352 volunteers from Banská Bystrica and its surroundings.

Almost 1.200 people of security forces supervised the safety of participants and spectators. Almost 7.800 accreditations were issued. Around 600.000 people watched the EYOF 2022 matches on Slovak TV RTVS.

The Organising Committee had 75 meetings, used 42 cars, 30 of which were hybrid. 30 buses were used daily for shuttle service, with 15 running on gas. They were served daily by 50 drivers.

The Organising Committee of EYOF 2022 paid attention to the link between sustainability and sport, thereby wanting to contribute to the protection of the environment. 1.000 collection containers were placed, 50 containers for backup packaging, 25.000 bags were used. The amount of waste was sorted: almost 1.8 tons of paper, 0.35 tons of plastics, almost 9 tons of municipal waste and the same amount of organic-waste.

In total 20 kilometers of cables were stretched in the sport venues, the longest of which was up to 3 km in gymnastics. 60 printers were used. In total, 40 TV’s  were used in the venues.

A fan zone with 15 stands for various sports (volleyball, floorball, climbing, football and many others) was prepared for the visitors of Banská Bystrica. Children from Slovak and foreign schools presented themselves to the visitors thanks to the Slovak Olympic and Sports Committee program. Stands of partners promoting regional tourism were also available for foreign visitors.

About 10.000 people passed through the gates of the fan zone every day, and during the entire event, attendance was around 60.000 people. The intention of the organisers was to connect sports and culture, so the organisers also prepared a rich cultural program. The fan zone, including concerts, was free for visitors.