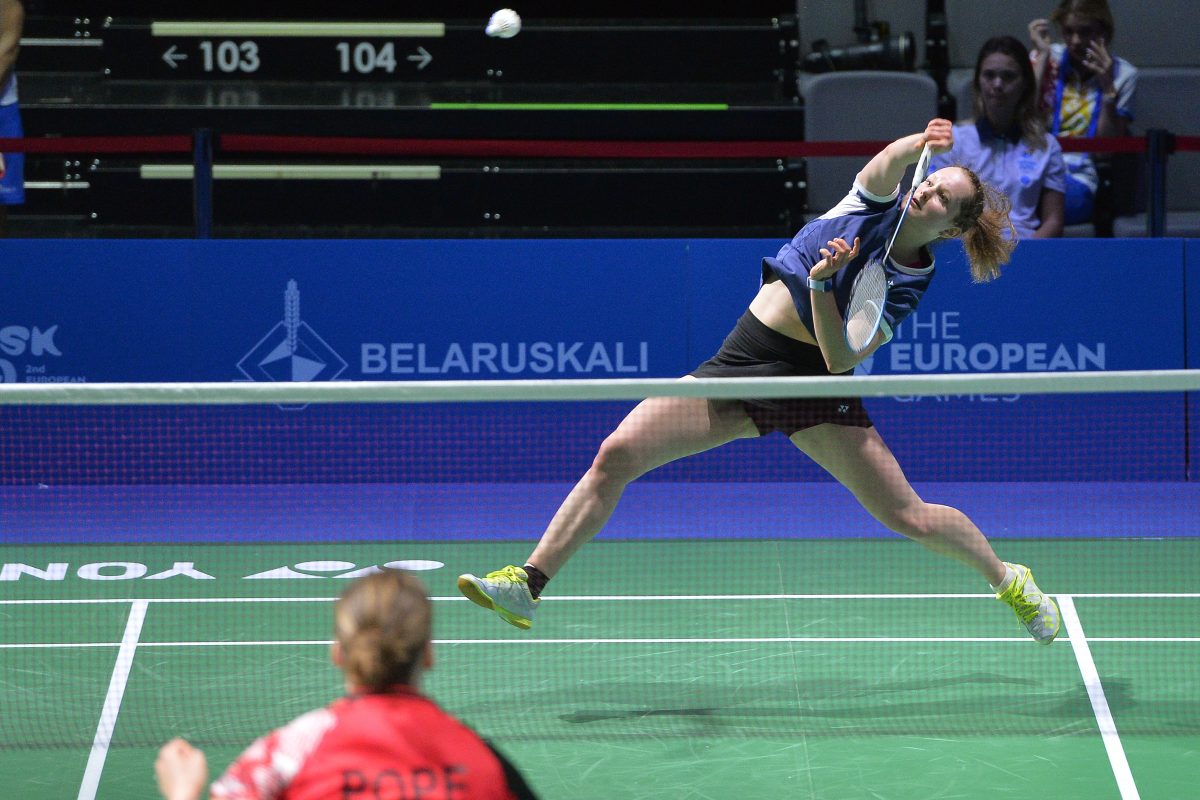 Unlike other net sports, badminton uses a shuttlecock instead of a ball. A shuttlecock is an open conical object formed by goose feathers embedded in a rounded cork base. The speed at which this projectile moves is higher than in any other racket sport.

A match consists of best-of-three games, with the first player or pair to reach 21 points winning the game. If the score is 20-all, the side that gains a two-point lead wins that game. If the difference is less than two, the game continues until the two-point difference is achieved. If the score gets to 29-all, the side that reaches 30 first wins the game.

Players aim to win points with a variety of tactics, incorporating attack, defence, deception and extended rallies. Subtle ‘drop shots’ are played at the net to force opponents out of position. Hard attacking shots such as smashes are used to try to win points outright.

High-level players typically anticipate two or three strokes ahead as they play. This mental battle to outwit an opponent is one of the most enthralling aspects of the sport.

FACTS AND FIGURES
– Badminton became an official sport at the Barcelona 1992 Olympic Games.
– The last time badminton was part of the EYOF in 1999 in Esbjerg, Denmark.